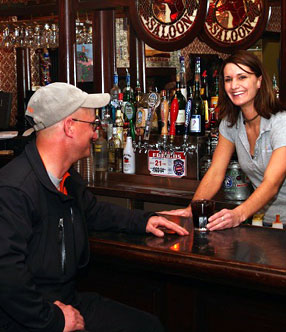 The Wyoming State Liquor Association has been pro-active in offering alcohol server training for several decades. Starting with the TAM program in the 80’s and 90’s, we took a new direction in 1997 when we adopted the TIPS (Training for Intervention Procedures) program. Unfortunately, for the first four years, training was on a small scale because of limited resources and funding.

The TIPS program is an internationally recognized alcohol education program that deals with many areas of alcohol awareness; from retail programs, to college students, to adult consumers. The primary class taught by the WSLA is the On-Premise program, a four to five hour class teaching graduates to:

The program continued for a second installment in late 2001 and early 2002 with funding solely from SAD. Unfortunately for the program, however, in spite of training over 1,500 people in less than two years, on-going funding was not allowed to continue for additional programs.

After a year-long hiatus, the Wyoming Legislature, the WSLA and the Wyoming Department of Revenue Liquor Division worked together to create a new program to continue the success of the program. House Bill 260 (Alcohol Server Training), sponsored by Representatives Edwards and Boswell and Senator Case, was introduced and passed in the 2003 Legislative Session.

HB 260 established a state-wide alcohol server training program. HB 260 also gave the ability to the Wyoming Department of Revenue Liquor Division to adopt rules to regulate and monitor Alcohol Server Training curricula and trainers. These rules also set guidelines and standards for the programs taught in Wyoming and evaluation and approval guidelines. These rules were adopted in 2003.

Retailers have overwhelmingly participated in these voluntary classes run by the Wyoming State Liquor Association (the retailers) from funds and support from the Wyoming Department of Revenue Liquor Division. The program has trained over 14,000 people in nine years of operation.

It is a long-term solution for an effective program that benefits everyone in Wyoming.

Membership could be the most cost- effective form of insurance for your business that you can invest in.